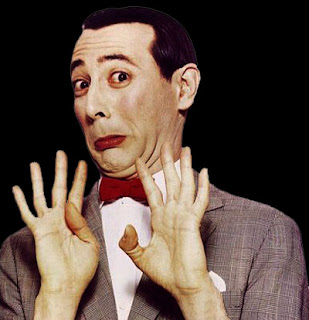 Look who's back! Why it's none other than PeeWee Herman. His recent appearance on Jay Leno - donning his bow tie and white wingtips - was a pleasant surprise for all his fans. PeeWee proudly showed off his abstinence ring. Although his commitment was only two days old, hopefully this will keep Peewee from showing his wee-wee in public. It was in 1991 when he was arrested for exposing himself in an adult theater.

Look for his return to the stage this November along with Miss Yvonne and Jambi, the genie in the box.