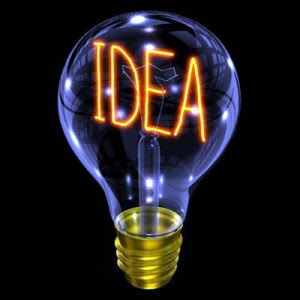 While watching television yesterday, I noticed a number of we-want your-inventions commercials. They promised to patent, design, develop and market your invention or ideas - send for your free inventor's kit today! Then I remembered watching Billy Mays' show, Pitchmen, where he is doing basically doing the same thing.  The one and only time I ever watched his program, he wrote a check to a guy for $150,000 that had invented the something-or-other.
Could it be that these tenuous economic times are bringing the inventors out of the woodwork?During the Great Depression there were a number of inventions introduced, for example: the car radio, runway lighting, the chocolate chip cookie, the staple remover, the tape dispenser, nylon, teflon and polarized sunglasses.  Take a look at the video below and you'll view a number of ideas and inventions that didn't quite make it. Some are really hilarious.
Have you ever pursued having one of your ideas marketed? I have a few ideas up my sleeve and, man, could I ever use a $150,000! Now, where did I put that 1-800 number?