Here's another special post in the Halloween Humor Carnival series. Be sure to visit Humor Bloggers Dot Com for more Halloween hilarity. 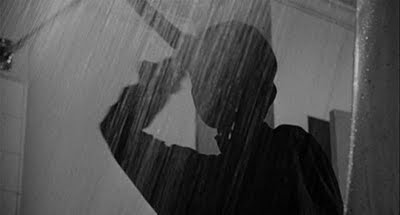 Remember my friend's 13-year old son, Jeremy, that "punked" me a couple of week ago? The one that wrote the message on my mirror? No? Oh, well read it here and then come back, it won't take long.

Oh, good, you're back. Now, keep in mind I have not said one word to Jeremy since this incident and what you are about to read was pre-planned with his parents.

Last night a friend of ours was to appear on the History Channel's UFO Hunters. So, I invited my friends over for a pot of chili and to watch the show. Little did Jeremy know, he was about to be punked! Revenge, sweet revenge.

Not long after they arrived, Laura (her real name) asked Jeremy to run back to the car to bring in a box she had left in the trunk. She also told him to be very careful, the box's content was fragile. As he went out the front door, I slipped out the back. I crept around to the side of the house and waited. I watched as Jeremy fumbled with the keys, opened the trunk and removed the box. Once he had closed the trunk, I was ready for action.

Now, my house sits on the back of the property so there is a lot of lawn between the street and my front door. Just as Jeremy reached the mid-way point, I reached to push the manual override button on the sprinkler system. The sprinklers came on full force.

You should have seen the dance he was doing! He paused looking both ways trying to determine which was the shortest way to dry land. He jostled back-and-forth until he decided to make a run for the door with the box held high above his head. It was hilarious! I ran back in through the back and had a seat.

Jeremy walked into the kitchen where he just stood there looking like a drowned rat. "What happened?", we all asked. "Me-Me, you really ought to re-program those sprinklers". His parents and I were having a really hard time not to bust up. He handed his mom the box and I suggested that he go into the bathroom to dry off.

We hurried back to the living room and waited for his reaction. After he turned on the light and closed the door, there was silence, dead silence. Then, from the other side of the door, we heard, "Shhhhhhhh-it, this is not cool". You see, earlier in the day, I had taken a couple of tubes of vampire's blood and wrote on the mirror in blood-dripping letters - I am watching YOU!!!

When Jeremy finally came out of the bathroom and rejoined us, he just stared. I could tell he was trying to think of the perfect comeback. "Mom, what was in that box?" "Dry clothes", she said. "What? You were in on this?!?" "Okay, Me-Me, I'm sorry." Damn straight you are, you little psycho!


In case you missed my announcement earlier in the week, Caption This! is now held on Wednesday. There's still time to play, just click here. The winning caption will be announced Saturday.