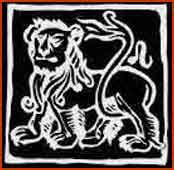 I've never put too much stock in the daily horoscopes. Trust me, if I did, I'd be rich and famous beyond belief.

According to those two or three little lines, I'd be leading some third world country to world domination while finding a cure for every disease on the planet. I'd then write about all my fabulous quests, appear on the talk show circuit and would later write, produce and direct the film with Kate Hudson starring as me. Believe me, it's not easy being the king of the Zodiac.

Because my birthday is later this month, I thought it would be fun to explore just what the future holds. Here's what I found...

Leos are born optimists. They never worry about the future, and the future doesn't give a hoot about them either. Leos always have a silly smirk on their face that reveals their happy-go-lucky nature and will eventually make everyone hate their guts.

Leos really have it coming! One day they will find themselves in a horrible misadventure that is incredibly stranger (and infinitely more amusing) than any silly story they ever told. The saddest thing is that they will be certified crazy, bound in a straight jacket and removed from society as soon as they actually get to talk about it.

Humbling, isn't it? I suppose I should prepare myself for the worst of it. Nah, I'll just lock the doors and hide under the covers when the men in white come knocking. Yeah, that's the ticket!

Though I wonder, do they make straight jackets in purple?